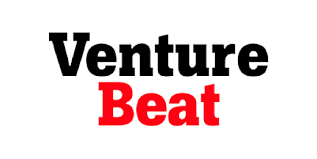 Subskribe is an ‘adaptive quoting and billing platform’ for SaaS companies

Subskribe officially launches today with $18.4 million in seed and series A funding from Slow Ventures, 8VC, and a host of angel investors.

... In its short tenure so far, Subskribe has amassed a fairly impressive roster of early partners and customers, including data privacy management provider BigID which used Subskribe to deploy usage-based pricing for its new SmallID product. Chaos engineering company Gremlin, meanwhile, has also signed up to Subskribe to keep its SaaS subscription management endeavors synchronized across departments.

... At its core, Subskribe is all about enabling sales teams to offer more flexible terms to seal the deal, while also allowing finance teams to invoice the correct amount as per the agreement.

The company officially launched Thursday with a handful of customers and $18.4 million in seed and Series A funding from 8VC, which led the A round, and Slow Ventures, which led the seed round.

...Subskribe is bringing flexibility to the world of quote-to-revenue, where it was often difficult for salespeople to set up a software quote when information is found in different places, reconcile it and then bill subscriptions and one-off services.

... Each part of the process, from quoting to billing, refers to the same repository of dynamic orders [in Subskribe] so that it is a unified experience from end to end. As a result, companies get a deal that’s optimized for their growth and also end up spending less money, Pandey added.

The Series A round was led by 8VC, while Slow Ventures led the seed round. Senior executives from companies that include Asana Inc., Okta Inc. and UIPath Inc. also participated in the rounds.

One early adopter of Subskribe’s product is Gremlin Inc., the creator of an information technology reliability platform, and it said the platform is like a “painkiller for finance and operations teams.”

... Liz Miller of Constellation Research Inc. told SiliconANGLE that systems such as Subskribe are more about putting control in the hands of subscribers, while expanding revenue opportunities for subscription businesses, meaning they’re as much about smart selling as they are about seamless experiences for customers.

Subskribe, a San Ramon, Calif.-based quoting and billing platform, raised $18.4 million in seed and series A funding from Slow Ventures, 8VC, and others.
Fortune

Subskribe has raised $18.4M in Series A funding and revamps the quote-to-revenue approach for the new ‘post-subscription SaaS’ world
SaaS Industry

Subskribe Launches With $18.4M in Seed and Series A Funding
FinSMEs

Experience the Power of Post-Subscription SaaS